As I have researched my Final Project of creating printer ink from my own actual blood I discovered a ton of information concerning the politics of blood writing. Blood as a medium has always been confronted with issues such as the binding of contacts and making pacts with entities but one particular option that I found interesting was the use of blood to cement immortality through a socio religious means in a totalitarian political regime. The book I am referring to was written by Saddam Hussein and it was the Holy Koran.

Like all things encased in science there tends to be a devotion amongst its believers to follow epochs of fantasy and in the science of Genetic engineering it is no different. From the beginning of time fiction has been delving into what it means to manipulate the makeup of our human species in alignment with its cause to make something for which it feels obligated to perfect. The ancient myths even allow for the mutations of other species to be elevated as god forms each within there specific canons.

In 1923 the famous movie director Cecil B. Demille went into production for “The Ten Commandments”, the largest movie epic ever attempted with a total budget of 1.5 million dollars. 750,000 dollars of that budget was allocated for the building of Demille’s version of the ancient Egyptian city of Pi-Ramses at the Nipomo Dunes of Guadalupe California. The source materials used to blueprint the construction were taken from many interpretations but two of considerable interest were Edward John Poynter's painting “Israel in Egypt” c.

Last week I gained a new understanding into what the mushroom networks called mycelium really meant as not only communication hubs for plant life but also as products for design and building. The similarities between our own World Wide Web give this amazing biological production enough credibility but then coupled with it's uses for construction our possibilities are endless. This week I would like to discuss some of the things that have already been built by the mycelium and see where these structures might exist in our current real-world models. 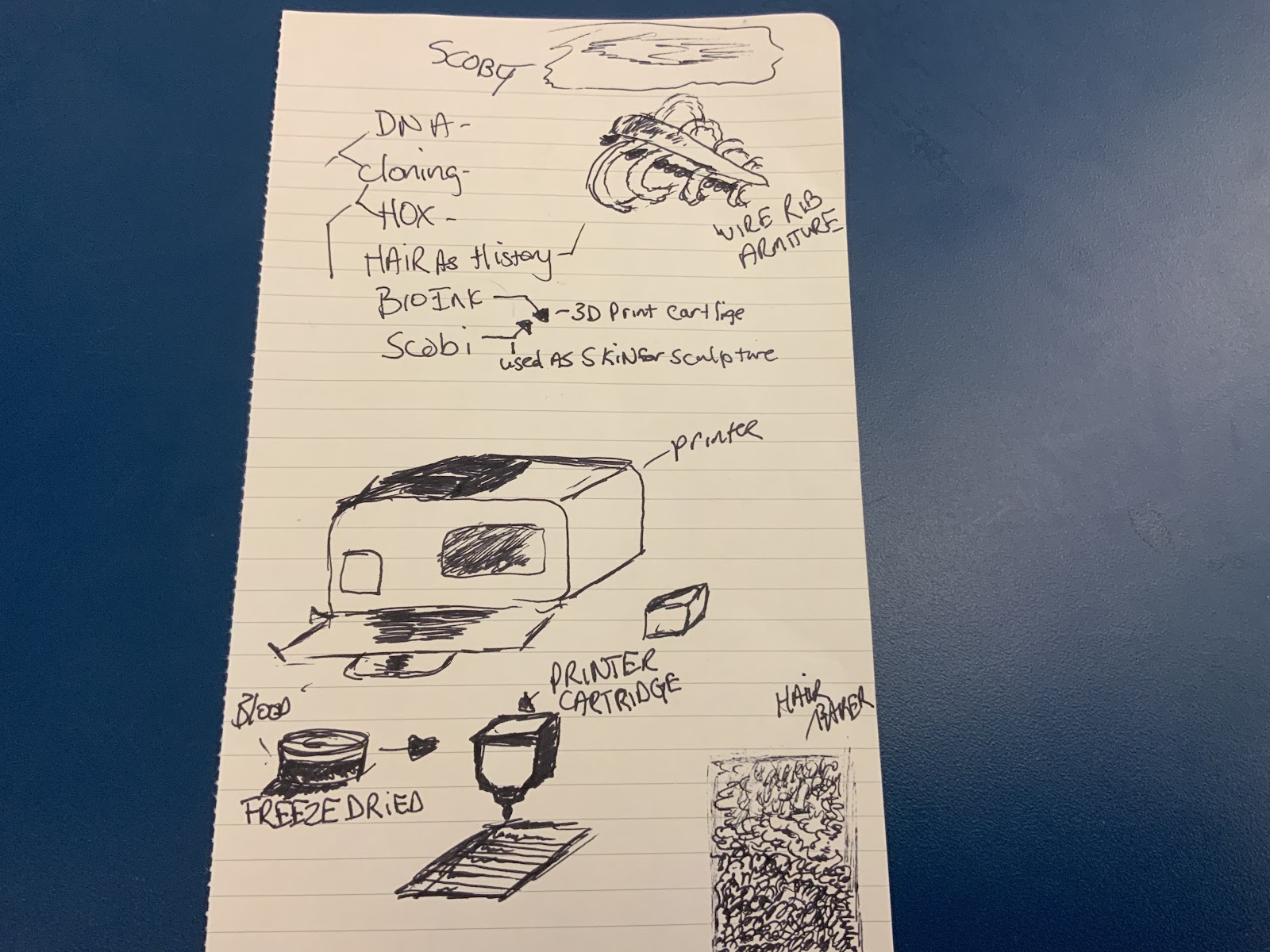 After Wednesday’s lecture on the Hox gene and horoscopes I started to think in depth about mass extinction not just as a concept but as a reality that seems to be in our conscience as we move through this century and beyond.

This week I attended Artsci Symposium on Thursday, Linda Weintraub’s “What Now” workshop on Friday as well as the Angewandte art opening on Saturday. As I am still unpacking much of the learnings I can justify and say that all three programs were enriching in their dynamic and format and it would require a much longer explanation to evaluate everything so I will try and summarize the few that had the most impact for myself.