Hello! My name is Marissa and I'm a third year DMA major and a Global Studies minor from San Diego, California. I specialize in a graphic design, but have been getting a lot more into illustration and motion graphics recently. I'm currently the Arts & Design Director for Coastalong Festival, an entirely student-run and bike-powered music festival and sustainability fair that takes place annually at UCLA. The goal of Coastalong is to raise awareness about alternative energy sources and sustainable resources, which is something that really interests me. One of the main reasons that I enrolled in this class was to learn more about sustainability within the realms of design and the creative field.

I’ve never thought about bread and the wonders behind its humble origins before Friday’s lecture, but now I definitely view all bread in a different way. I especially found the classification of bread being the food of life, a staple in any culture or region across the world, as being key to fully understanding it. Bread is consistently and directly referred to as life throughout the Bible, and even contains the power to determine social hierarchy based on who can and can’t afford it.[1] A standard loaf of bread in its purest form consists of only two ingredients: water and flour.[2] Ever since Friday, my every interaction with bread has led to me reading the ingredients on bread packaging in my apartment or in grocery stores. It is surprising how many extra ingredients are added, making it seem like these commercialized bread brands aren’t selling actual bread at all.

Firstly, I found it interesting that the origin of bread can’t be sourced to a single specific instance, even though it is such a staple in our diet. It instead can only be traced back to about 22,000 years ago, in modern-day Israel, where barley grains and a grinding stone were discovered by scientists who believe this is the first known instance of humans processing cereal grains.[3] This distinctly contrasts bread’s evolutionary role throughout history, especially in comparison to the more recent 1930s, where the Wonder Bread brand began marketing sliced bread for the very first time.[4] This has now become a grocery store standard in the United States, along with many unnecessary ingredients and preservatives added in to this fundamental baked good. 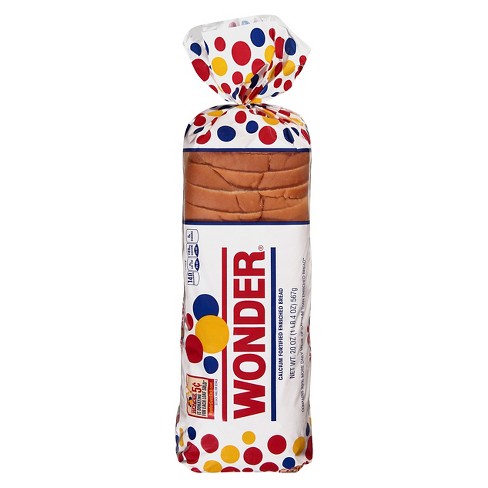 Additionally, the traditional incorporation of human saliva in bread also stood out to me, since I had never heard of this before Friday. However, now that I analyze the relationship between yeast and bread more closely, it only makes sense that this would help the bread-making process. Specifically regarding sourdough bread, it is composed of mostly yeast and bacteria, and this is where its sour flavor comes from. The components of human saliva can help start the yeast.[5] Saliva is also utilized during the actual bread eating process, because after initially tasting it, an enzyme in your saliva turns starch into sugar, which turns into gluten.[6]

In the Netflix television series Cooked episode titled “Air,” the price of bread and how it can affect an entire socioeconomic class was highlighted throughout the show. The argument was that regardless of how expensive food could get, one could always afford bread, since it requires so few inexpensive ingredients in order to provide subsistence. When the price of grain rises, so does the amount of life-threatening poverty and starvation. It can be argued that access to bread is actually a human right in this day and age, since it is the most human type of food out of all.

Over all, the biology and science behind bread has truly changed the way I perceive something I consume throughout my day to day routine.