Stinging Nettle is an interesting object we touched on. I always encounter them but due to my lack of knowledge of it, I never really look into what this magical plant is and made use out it. After a little research, I learned that Stinging Nettle has Vitamin A, B, C, and K, minerals, fats, amino acids, polyphenols, and pigments. It can reduce inflammation, arthritis, enlarged prostate symptoms, allergy, high blood pressure, and high blood sugar. However, the leaves will inject chemicals which will itch the skin and may cause serious allergic reactions in rare cases (“6”).

Victoria brought a real stinging nettles to class, and they are really spiky. 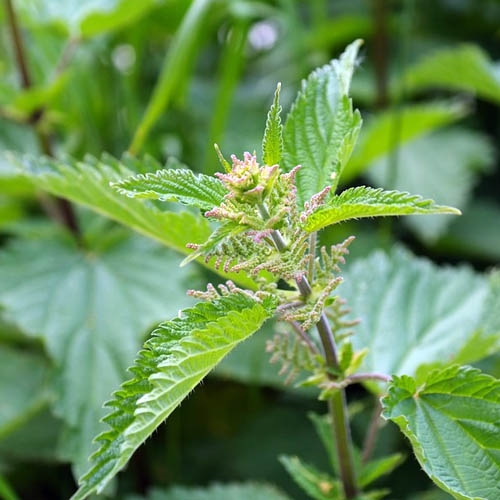 Gu Wenda is an artist we talked about in class. He is an artist who travel around the globe,  collect hair from local barbers, and turn them into art pieces with glue. Borned and studied traditional chinese painting in Shanghai, China, Wenda first created a series meaningless ideograms to reassemble something old and traditional. In an exhibition held in Xi’an featuring large scale paintings of his ideograms, the exhibition was shut down because the authorities couldn't understand the message and assumed that they are troublemaking. The exhibition later was opened exclusively for artists and these unrecognizable ideograms made him to be a major figure in the ‘85 Movement’ in China (Beres). In his most famous project called United Nations, he gathered four million people’s hair across the globe “to form both comprehensible and nonsensical characters, letters and scripts” (Beres). He wants to express that there are common ground between all cultures and it is possible to have all humanity united (Beres). 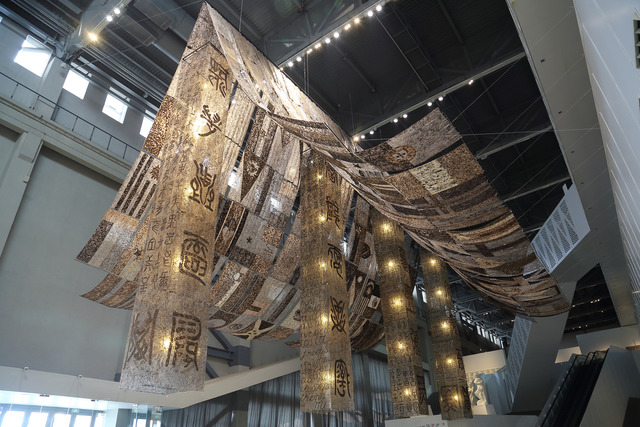 In 2012, Gu made a piece with ink made from hair to create his The Yanhuang Landscape, a Chinese landscape painting. The use of material really got me interested in what practical functions there are with hair.  There are actually people who uses human hair as the medium for tattoo ink. Swiss inventor Andreas Wampl founded Skin46 to process and incinerate the hair for making tattoo ink, because he thinks that we all want meaningful tattoos that are connective. Hair is not the only medium which can be used as the tattoo ink, but also cremated ash, and “DNA from both the dead and the living” (Kalvapalle 2016). Indeed, hair has a much larger market than just tattoo ink: “In Korea and Japan, hair has been used for the lining of men's suits. In south Indian Hindu temples, devotees have their heads shaved, and the shorn hair is carefully reclaimed”(Hackel). Amino Acids can be derived from hair and they are used as a flour enhancer in dough of pizza crusts and bagels. These are amino acids are also found in soy sauce (Hackel).

As a Chinese person, I find it very weird that the fact that everything is “Made in China” has to apply to hair as well, since most of the hair extension products come from China and India. When more Chinese people starts to perm their hair, it becomes harder for Western people to extract L-Cysteine for their pizza dough (Winterman). 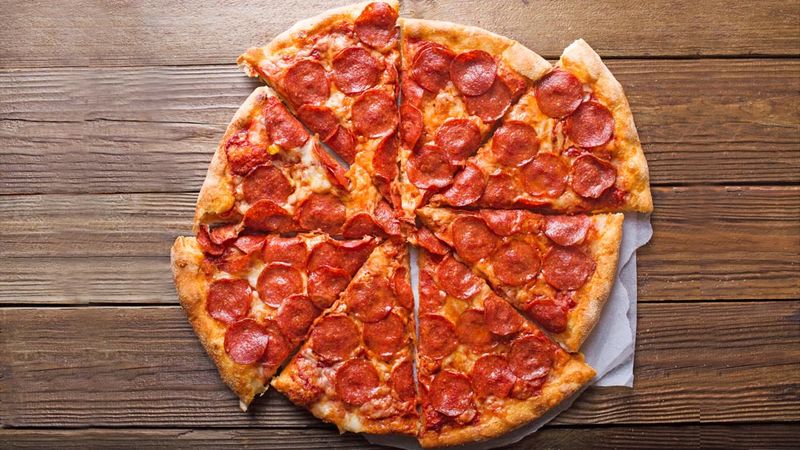