This week, during studio time, I did more research on my project topic. Because I am researching about agriculture’s water usage and impact on our daily lives, I wanted to inform users about the context surrounding certain foods. This class, I focused my research on the almond industry. It was interesting to learn more about almonds because I love eating almonds but I did not know much about their impact, history, or production.

Around 2016, the almond industry came under criticism for its severe water usage. This was especially prominent as the majority of almond production was in California and California was facing a severe drought. After the almond industry’s water usage was exposed, and it became a prominent news story, locals living near almond orchards were upset. instead of focusing water for its citizens, the government was more concerned about watering almonds to keep the industry thriving.

Before the almond industry became so big, no one really paid attention to almonds. One almond farmer tells his story of selling almonds at a farmers market where he was only able to sell 10 bags. However, the almond industry exponentially grew in the 2000s when dietary preferences took a shift. In the US, more Americans started snacking because of the rise of two-career families, with 56% of Americans snacking three or more times a day in 2010 compared to 20% throughout the 1990s. During this time, snack bar sales also increased by 140%, and nuts sales advanced 162%. Additionally, with the rise of vegan/vegetarian diets, healthiness in proteins like almonds has been emphasized, helping fuel the almond industry. As health culture became more prominent, people looked towards almonds as a food replacement. Nuts became trendy as they were tied to heart disease prevention, weight management, type 2 diabetes management, and other health benefits. By 2012, Americans were consuming 2 pounds of almonds a year on average compared with a quarter of a pound per year in the 1970s. Almond milk also became the number one substitute of cow’s milk, displacing soy milk as the top substitute.

As almonds became huge in America, their popularity also grew in Asia. The price of almonds rose from $1.79 in 2010 to $4.00 in 2014 as the demand from Asia kept rising. Between 2005 and 2015, Asia’s almond imports from the United States experienced a 379.9-percent jump from $470.2 million to $2.3 billion. While the almond industry helped the economy, it impacted Califonia as they supply about 80% of the United States’ almonds. In fact, California dedicates 10%, or 80 million gallons, of its state’s water to grow the nut. As the almond industry grew, and canal water became scarce, more and more farmers started pumping water from the ground. The government even approved the purchase of water banks to water almonds instead of purchasing water for the locals.

While the almond industry has impacted our clean available water (it takes 1.1 gallons of water for one almond) almond farmers have been trying to decrease their water usage while keeping up with demands. In order to use less water, farmers have been using soil monitors to track when their trees need water and exactly how much so they don’t water them when unnecessary. Almond farmers are also working to reduce the amount of water that each plant consumes by using techniques like drip irrigation and micro-sprinklers. 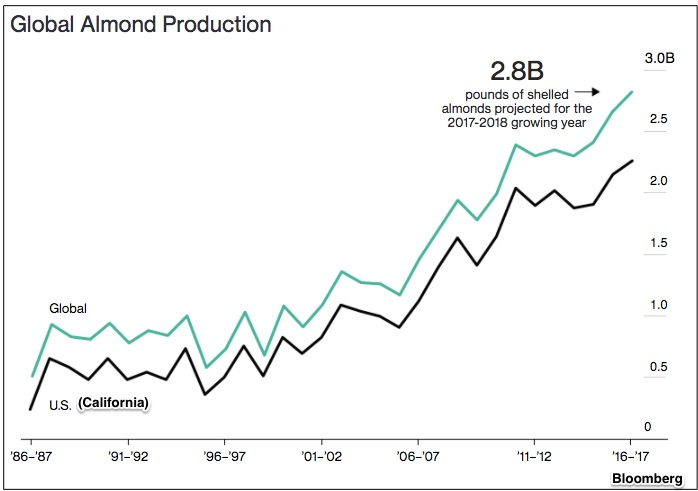 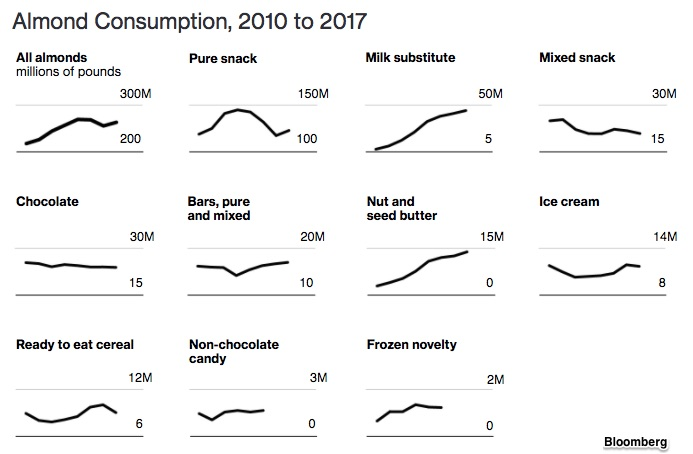 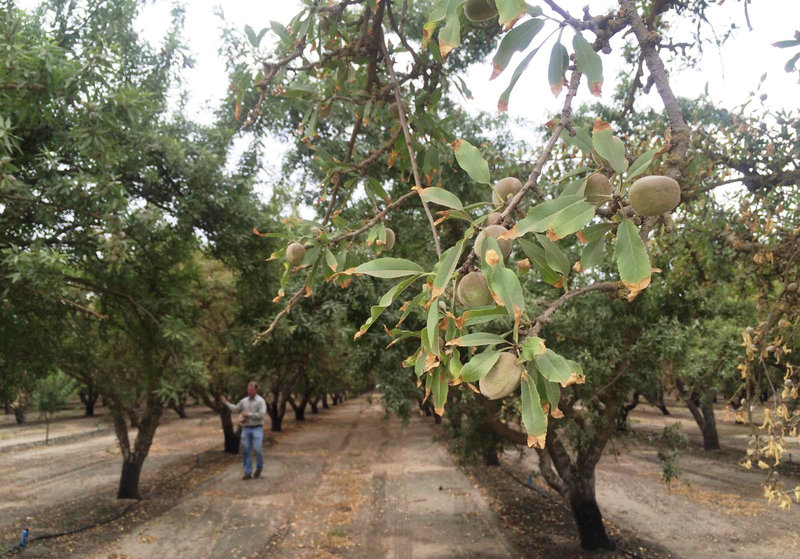