THE ART OF FOOD STARTING WITH BREAD

POSTED LATE SINCE I JOINED THIS CLASS IN WEEK 2

I tried making bread for the first time when I was about ten years old. My father helped me prepare it, but we both failed miserably. The bread never rose, and stayed flat throughout the baking process. I attempted baking it again by myself, but I encountered the same issue. I came to the realization that making bread was a much more difficult process than I initially thought. Luis Troyano, a renowned European chef, claims the reason why people struggle so mightily with making this staple food is because we grow up in a culture where the art of food-making is becoming a lost craft. In westernized countries, the younger generation, such as people like myself, have often times been "handed food by their relatives" or "are accustomed to buying already prepared food."

My grandmother was a professional chef in Beirut, Lebanon before coming to the United States. Growing up in a small household with my grandparents, mom, uncle, aunt, and cousins I needed to learn how to cook. However, my grandmother was always very hesitant of teaching me the basics of cooking. To get around this, I would have just memorized her recipe book, but it was written all in Armenian, which I cannot speak, read, or write. It was not until reading Haytham Nawar's Collective Bread Diaries: Cultural Diaries in an Artificial Intelligence Framework that I finally understood her real objection for not wanting to teach me. Dr. Nawar says that people's concept of bread is a "visual expression [that] emphasizes one's distinct identity." In this way, I recognize that her reasoning was simply because cooking was my grandmother's unique form of expressing herself, and she was very protective of her personal imprint.

I was first introduced to the idea of cooking as an art during last week's lecture and I immediately came to remember an Instagram post I saw awhile back of an artist, @Vineyardbaker, whose profile page is filled different designs of bread. You can clearly see how passionate she is with this form of expression. Not only does she display her end product, but she details the history behind what she has made and how people like myself could go about duplicating her work. I recall thinking back then, how could one possibly imagine all these ingenious ways of designing bread. 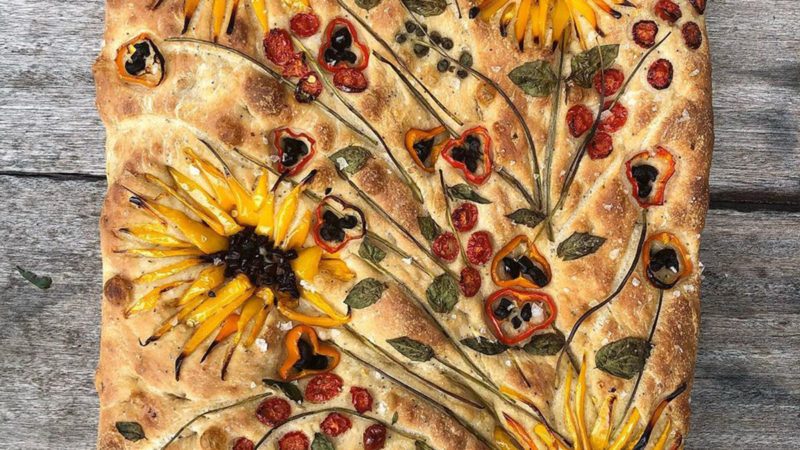 Last week's lecture brought that feeling of wonder back to me. I finally understand that cooking is really a mindset, and just like each individual has their own unique fingerprints, every person has an idiosyncratic way of making food. For example, there are thousands of different types of bread in the world, diversified by culture. In the Armenian culture in particular, a popular dish is tutu kishti, or in a more informal botched English translation "sour soup." The recipe for it could be altered in many different ways:

According to the Milwaukee Journal Sentinel, a division of USA Today, it is typical for many restaurants to use chickpeas with kuefte (a thick and juicy type of meat) in preparing the soup, but my grandmother prefers using garbanzo beans and barg (a thinner meat that has much more of a dry flavor), which in my opinion makes the entree taste much better. In all, being able to cook is a way that allows us to establish our identity.

This is why I needed to learn this essential skill. When I was a teenager, I decided to try and cook something that I both loved to eat and thought would be easier to make than bread. I decided salmon was the right choice. Again, there are hundreds of different ways to make salmon, but I believe mine is special in its own right. I usually buy barbeque cut salmon from Trader Joes, and procure a variety of spices to complement it, such as oregano, basil, garlic powder, and onion salt. I coat the salmon in soy sauce and add a few table spoons of vegetable oil. Occasionally, I will put lemon slices on top of the salmon, and let the lemon dry up in the oven, allowing the salmon to soak in the rich juice. In this way, I make my artistic imprint on this world and display my creativity, just as different cultures do with the bread they make.

Photo I took after making salmon with rice and zuccini

The art of food making all started with bread and has transcended to every imaginable corner of the food world. Bread is one of the three staple foods along with rice and corn. When the price of any of these staple crops spikes to absurd amounts, people start to revolt. In the Smithsonian Today, it details how the history of the French Revolution can really be traced back to the Flour War, which was a series of riots over the increase in the price of bread. Not only do governments take away basic necessities when they raise the prices to unaffordable levels, but symbolically they also squander the creativity of the culture and freedom of artistic expression. I consider my cooking as a type of art, and I would like to hone in these skills that I have developed to become a better 'artist' in the future.