I found the topic of last class to be extraordinarily interesting in regards to learning about CRISPR (Clusters of Regularly Interspaced Short Palindromic Repeats) gene editing technology. The CRISPR-Cas9 system is compared to a pair of molecular scissors, allowing for the precise cut of a particular strand or piece of DNA. It has established an entirely new realm of science: genome engineering. The idea fascinates me on how we can literally alter the God-given design of our own bodies and manipulate ourselves in various ways. Even more intriguing is how artists are using this new technology for their own work. Unsurprisingly with the use of CRISPR, questions arise in both the art and science field if this application is moral/ethical, if it is a play on God, or even if this technology should be allowed. "Collaboration between geneticists and artist[s] invites us through the looking glass into a speculative future," as Anna Kriebs, an associate editor at Nature Communications in Berlin, so well puts it. This whole idea deepens and complicates our search into what really is considered nature and "natural."

The process of gene-cutting is done by using the Cas-9 protein, which is an enzyme that cuts foreign DNA and acts as a GPS to find and locate two RNA molecules within a DNA strand. The two molecules then serve as a further guide for the Cas-9 protein to locate its target gene in the genome sequence. It binds to a specific portion of the DNA strand, then literally cuts off that piece, replacing it with a genetically modified gene. 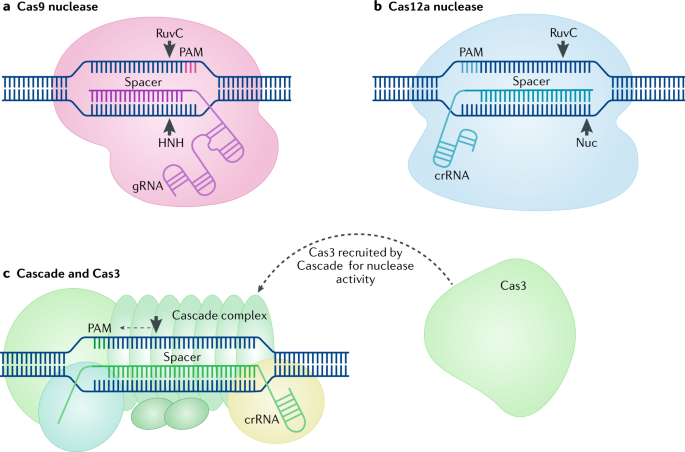 Visual of how CRISPR technology works

Perhaps, the development of CRISPR has been a direct result of the progressive approach that many liberal western institutions are taking toward the gene-editing technology. Stochastic Labs and the Innovative Genomics Institute (IGI) at UC Berkeley are currently offering a spring residency to artists who want to involve CRISPR in their work. The organization invites “visual artists, animators, bio designers, sci-fi writers, sound and installation artists, architects, poets, game designers, and other creative practitioners (with or without a background in science)” to apply. The founding of the program was inspired by the creation of A Ray of Light, a virtual photograph and digital PHSCologram sculpture, by artists Ellen Sandor, Chris Kemp, Diana Torres, and Azadeh Gholizadeh who all worked with Megan Hochstrasser from the Innovative Genomics Institute. Their work is currently on display in the IGI lobby for all guests to see. The topic of genome engineering has been circled back now for the last several decades, being included in some popular science fiction movies including Jurassic Park and Splice. This worldwide application of CRISPR has made it much cheaper than any of its predecessors that we have seen in labs or depicted in movies, and thus has allowed more and more artists to enter the space, creating divisive attractions that audiences either find horrifying or pleasing. 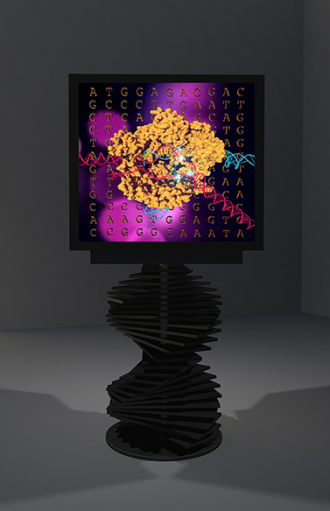 A Ray of Light

Arguably one of the most profound pieces involving CRISPR was the creation of ÆON, produced by Emilia Tikka, a Finnish speculative design artist. After working with researchers using the CRISPR-Cas9 tool at the Center for Molecular Medicine in Berlin for over two months, she debuted ​ÆON in the State Studio of Berlin gallery in January of 2019. ​ÆON depicts the life of a man who has chosen to utilize CRISPR technology to slow the aging process and a female counterpart who has decided to age from natural causes. It walks the audience through the stages of the two characters' lives, and shows how the CRISPR gene is powerful enough to literally alter one's natural course in life. In reality, the technology is not YET able to extend life, but Tikka wanted to show off its potential to her audience. This piece epitomizes the debate of using the genome editing technology. Is your body still considered natural even after being altered? Is your body a part of nature in the first place? 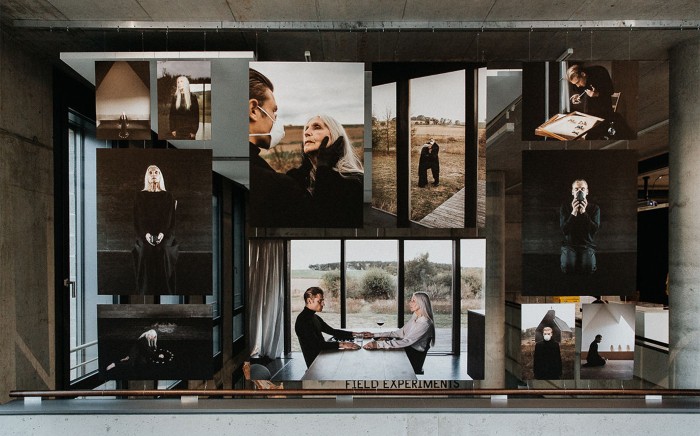 https://www.youtube.com/watch?v=Xg6VM9J8Wzw (A video description of how Emilia Tikka went about completing her ÆON project)

Those questions remain unanswered, and there never will be a strict yes or no confirmation because it is a matter of opinion. If you ask Chinese scientist Matthew Chou, he will most likely be apathetic to the idea of "playing God." If you ask American researcher Marta de Menezes, she will probably tell you that CRISPR should be banned entirely, as the harm of this new technology outweighs the greater good. For me, nature is defined as the space and environment that surrounds you, and my definition of nature is negligent to the fact that some of which is around you, or even your own body, may be scientifically classified as artificial. As long as you are at peace in your surroundings, wherever you may be, then you are in a state of nature. So no, for me, the introduction of CRISPR does not modify what I think of as nature, because nature is not a natural object or place, but rather it is a state of mind, a perspective.

Suh, Soomin. “At the Intersection of Art and Science: CRISPR-Cas9: A Ray of Light.” Berkeley Arts + Design, 26 Feb. 2018, artsdesign.berkeley.edu/design/news/at-the-intersection-of-art-and-science-crispr-cas9-a-ray-of-light.