Hexagons and Basalt in Nature

I was genuinely shocked to discover in class that nature favors hexagonal patterns. Now, after having looked through examples and discussing, it makes a lot of sense and I’m surprised I never gave it much thought before. From honeycombs to turtle shells, hexagons naturally appear quite often. The article “Patterns in Nature: The Efficiency of Hexagons” explains how hexagon arrays save space (Nature Backin). Stacked circles allow for dead space in between, while triangular or square cells require longer wall length, therefore, hexagons are the most efficient. Hexagonal packing allows for a strong structure with the maximum cells, since each side can be expanded upon. While a honeycomb is more symmetrical and evenly structured, hexagon packing can also be seen in bubble formations where the hexagons differ in size with more rounded corners. Hexagon patterns can additionally be seen in reptile scales, such as the shedded snake skin shown below (Nature Backin). Other examples include pineapples and the outside of some cacti and succulents. 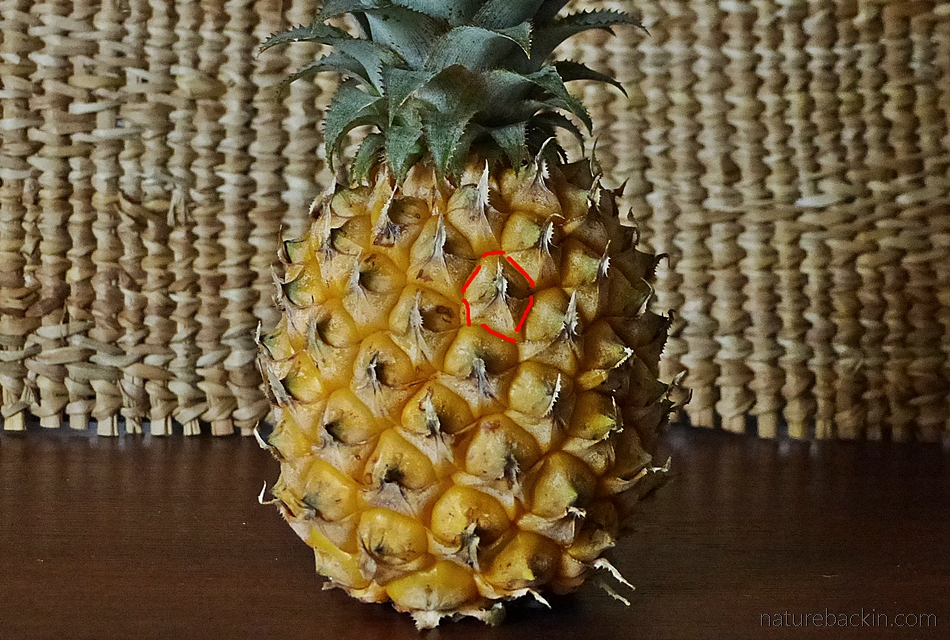 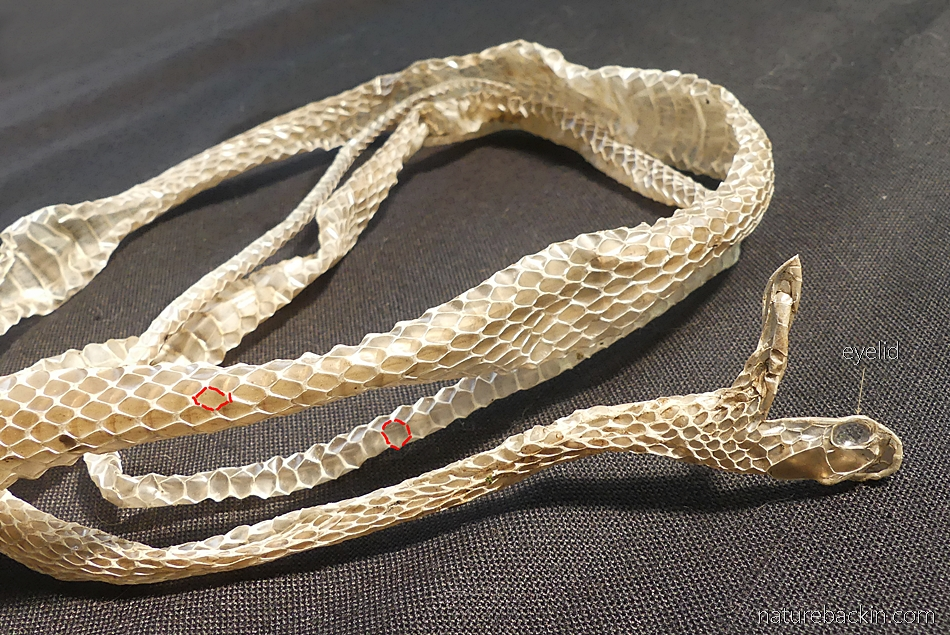 I have always appreciated and loved nature’s landscapes, so remembering the hexagon columns in Giant’s Causeway blew my mind. Giant’s Causeway is located in Northern Ireland. Sometimes I would like to believe the myth and say it was formed by giants, but scientists would argue that it “developed between 50 to 60 million years ago when a flood of lava oozed from fissures in the earth” (Treviño). The molten rock cooled and formed around 40,000 columns in a perfect hexagonal shape along the Antrim coastline, which was subject to intense volcanic activity. The rock is called basalt and can be seen in other areas around the world and in similar hexagonal collumns, such as beaches throughout Iceland. In 2018, researchers at the University of Liverpool led by professor of volcanology, Yan Lavallée wanted a more specific answer and recreated the fragmentation process in a lab. Until then nobody knew the exact temperature, but after experimentation they found “the basalt magma fractured at between 840-890C” and suggests “this is the temperature at which the Giant’s Causeway would have formed” (Devlin). The research above used a 20cm long sample of basalt taken from Iceland, but Lavallée and his colleague mentioned their hopes to use a large pool of magma and recreate the fracturing as the rock is being cooled. 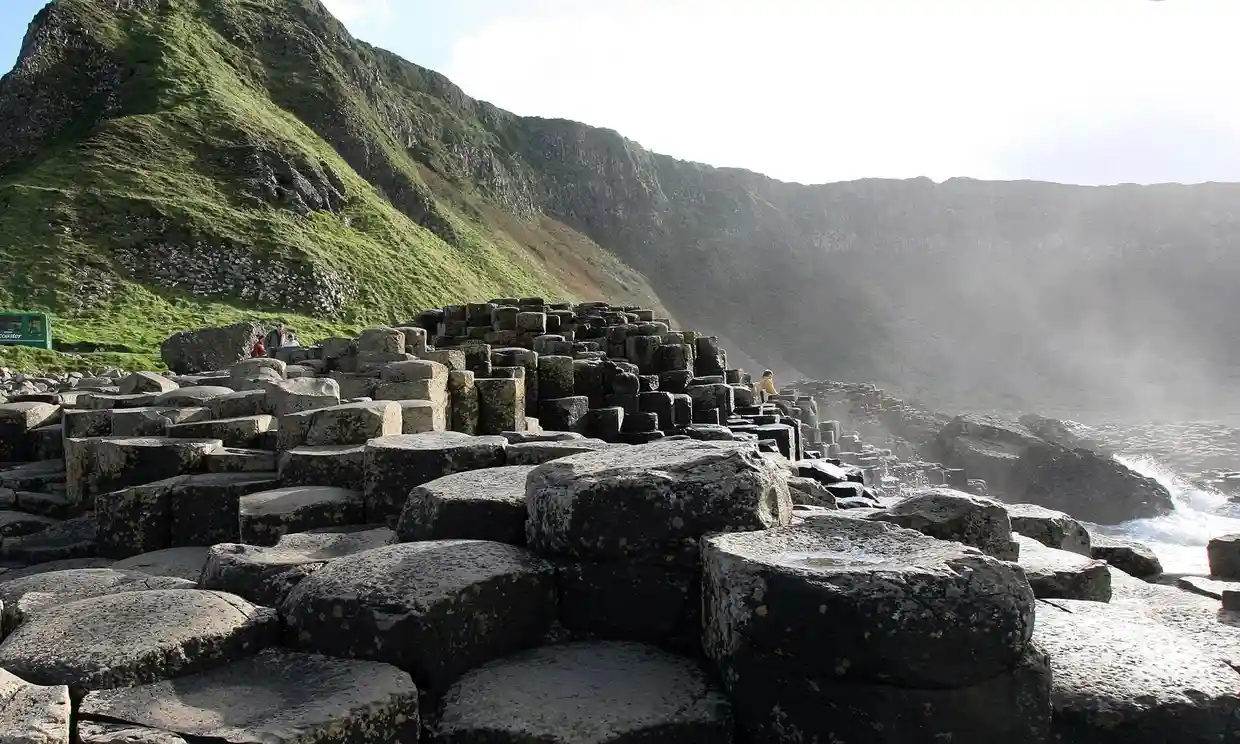 The closest hexagonal basalt structure to Los Angeles is Devils Postpile National Monument located in Madera County, California around five hours north by Mammoth. The Postpile was formed less than 100,000 years ago and began as a lake of lava that also cooled into fractures as Giant’s Causeway did. The National Park Services explains how “no force has left a greater footprint on the Postpile than that of glaciers” with “several distinct glacial periods have occurred since the Postpile was formed and each has dug deeper and deeper into the basaltic trachyandesite” (NPS). The columns of Postpile are around 60ft fall, while Giant’s Causeway is over 80 feet tall. By presidential proclamation in 1911, Devils Postpile was declared a National Monument to further protect and preserve the formation. 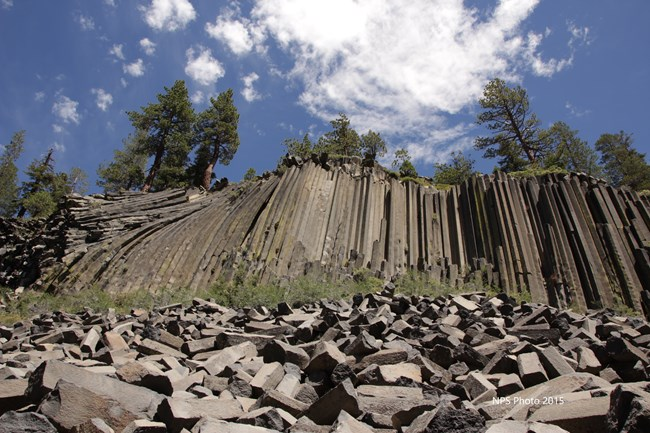 Hexagon patterns can be seen in different scales all throughout nature from small fruit patterns to towering structures on the sides of cliffs. It is both efficient and beautiful how these structures naturally occur or are created by animals.