During this past week’s lecture with Kaitlin I learned a lot about fungi that I had not previously known. Some misunderstandings I had about fungi prior to lecture were; what are the differences between mold and fungi? Are fungi not just mushrooms? It was interesting to visualize fungi as the ‘tree’ and the mushrooms that grow as a result of fungi as the ‘fruit.’

When Kaitlin showed the glove mold that she had done with the mycelium I was intrigued by the process as well as the possibilities. With a background in installation sculpture, I was curious to see whether this medium was one that could perform just as well as other molding materials such as cement.

The process for preparing the mycelium was simple yet tedious due to the meticulous process required to do it correctly. I was not expecting to have to disinfect and wear gloves and a mask. The ingredients I used were pretty default, 3 cups of water, 4 tbsp of flour. I realized I had given my flour to a friend after the bread making because I didn't think I would need it again. As a substitute for bread flour, I used pancake mix (I hope this does not hinder the process as the mix I used was mostly made of different types of flour.) I poured the water and flour in a pot together and mixed them until I got this milky solution. I made sure there were no chunks and poured them into the bag of hemp. After which, I made the cut at the top of the bag and poured in the solution. I sealed off the bag with tape making sure to not cover the ‘vent’ and shook vigorously to mix it all together. After I was done, I left it in the corner of my room. 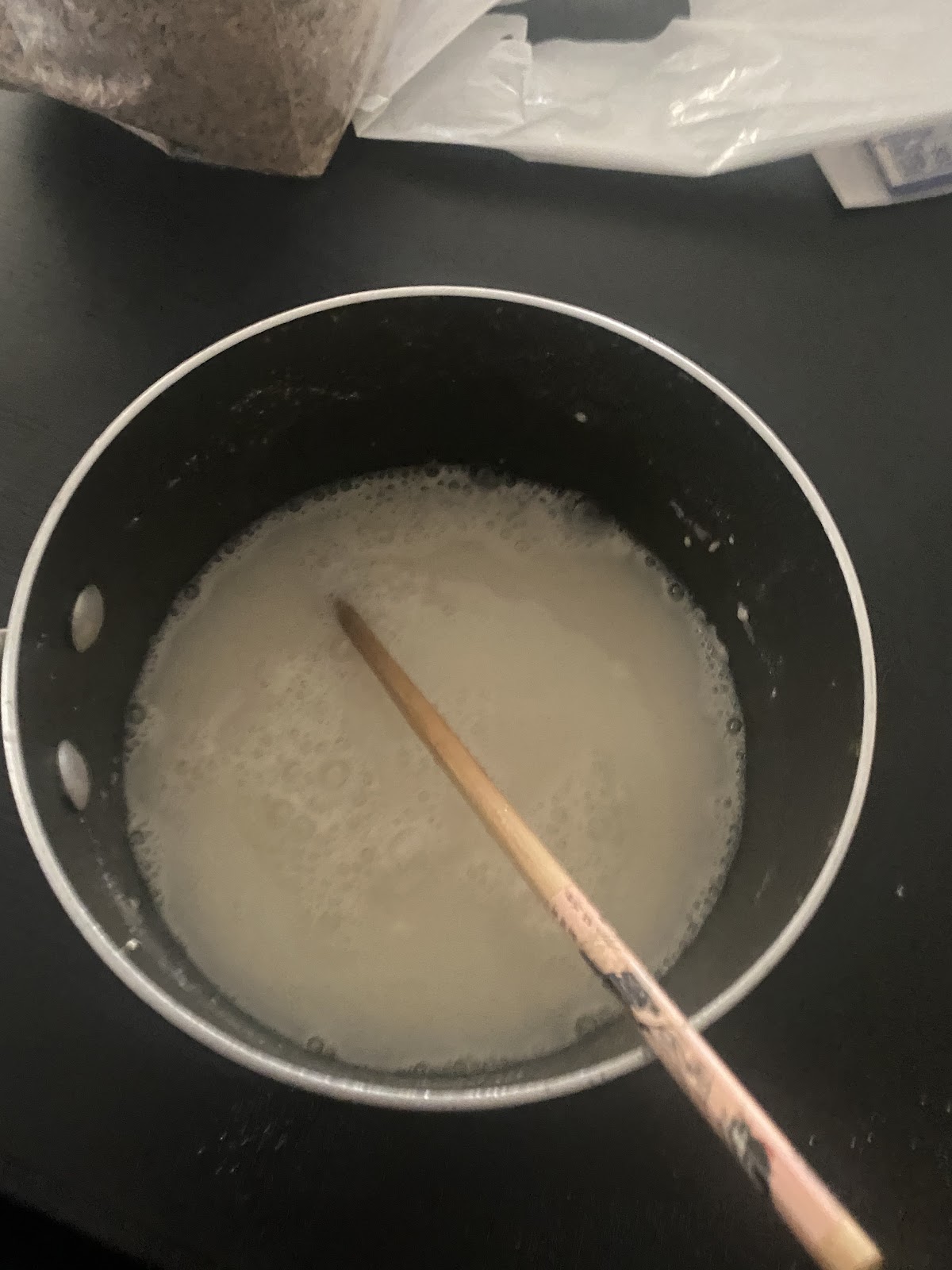 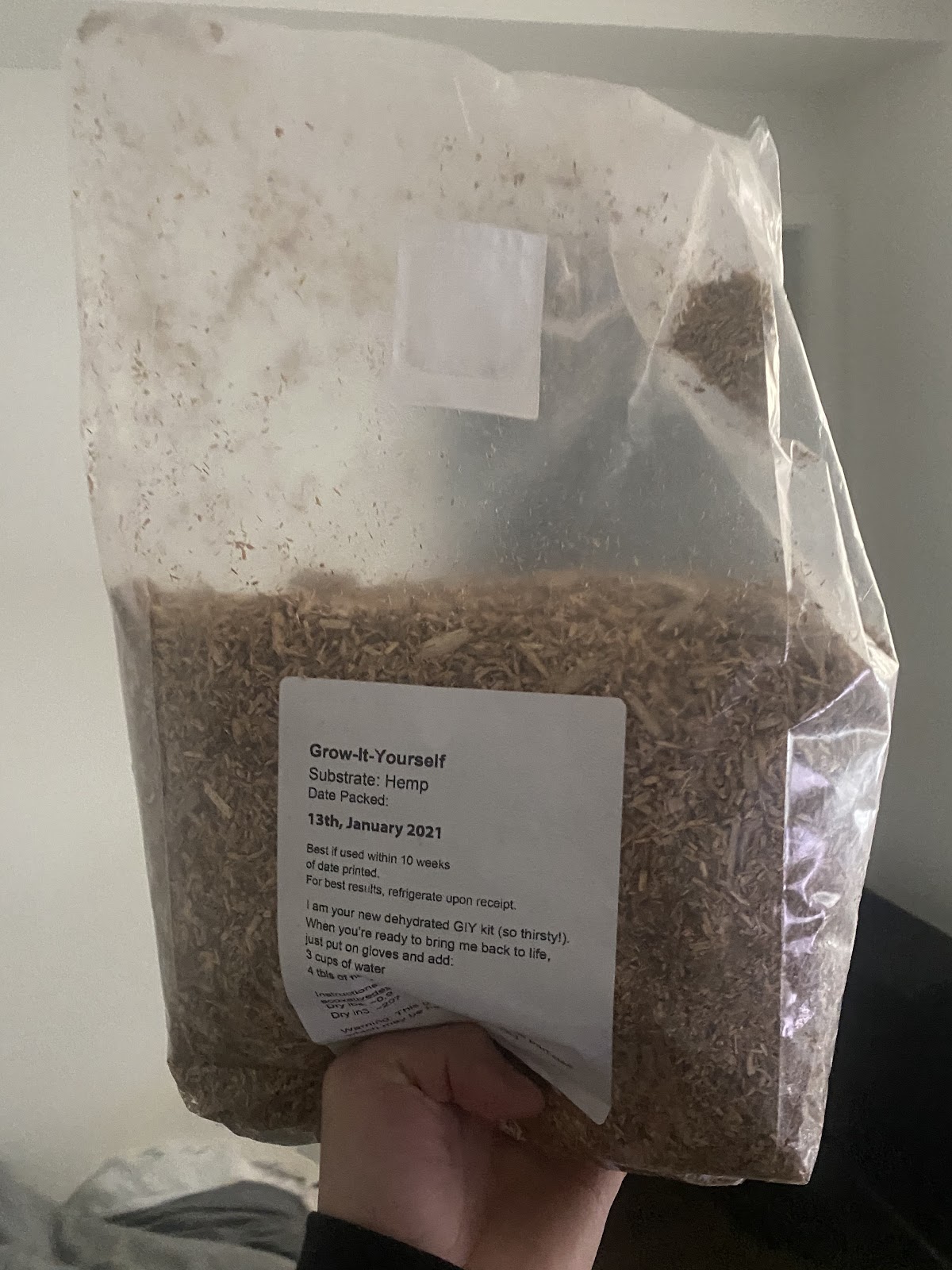 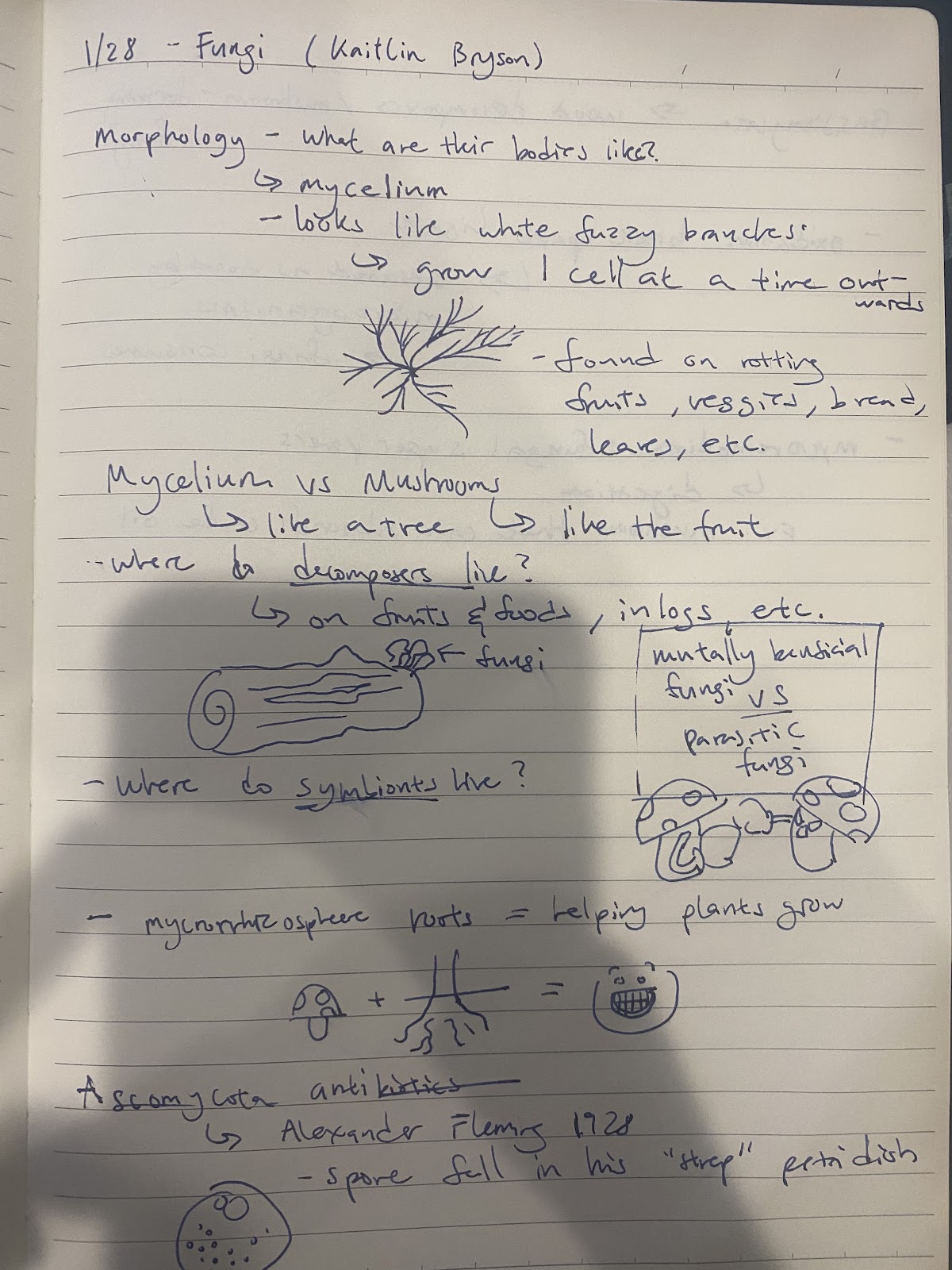 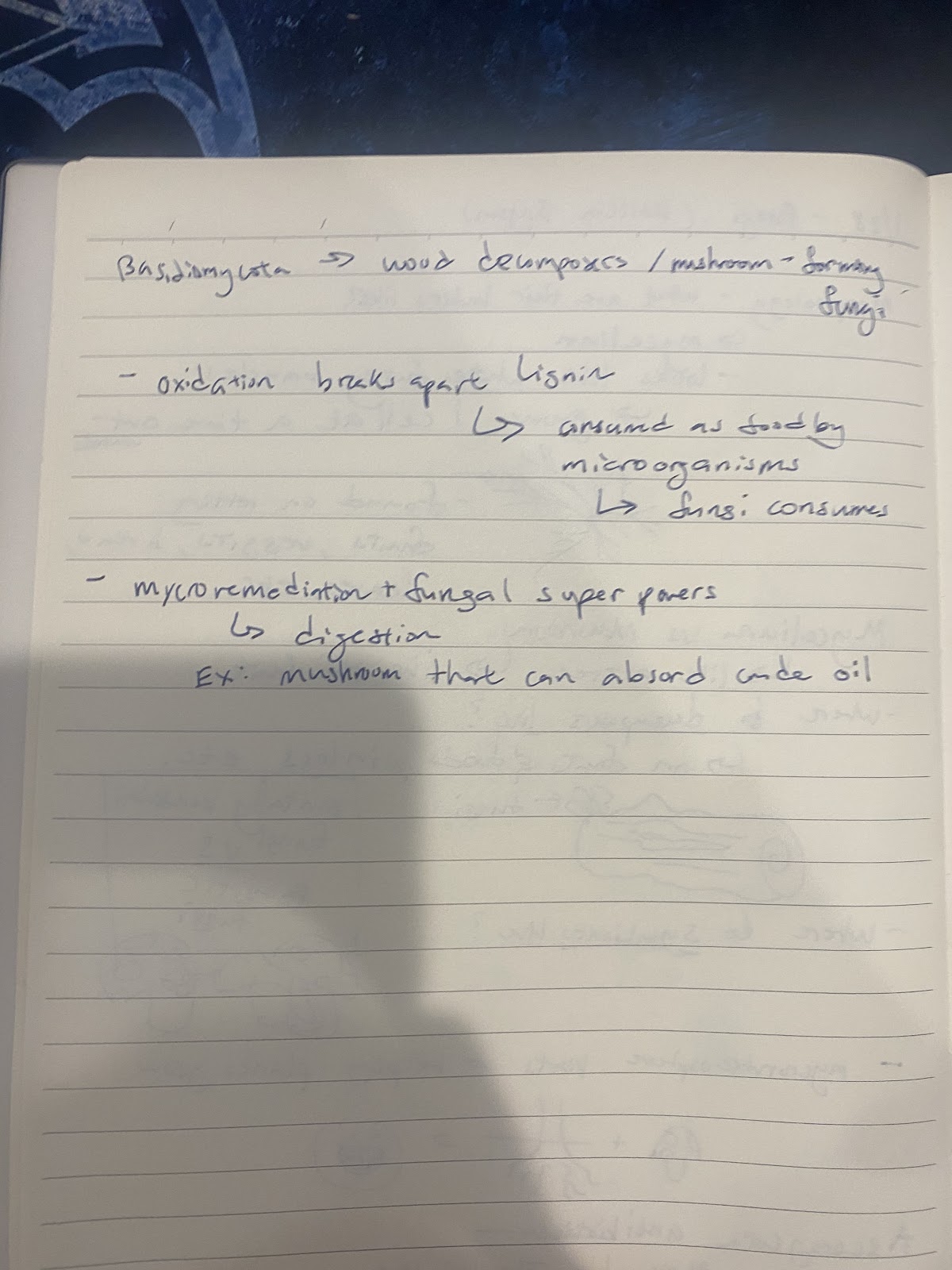