I had a lot of fun hiking and get out into nature! I hiked through Placerita Canyon Nature Center and did the Hillside and Canyon Trail (a little over 4 miles round trip). Placerita is located on the north side of the San Gabriel Mountains southeast of Santa Clarita. On the hike there were a lot of stumps, and I was excited to find mushrooms growing on the side of them! 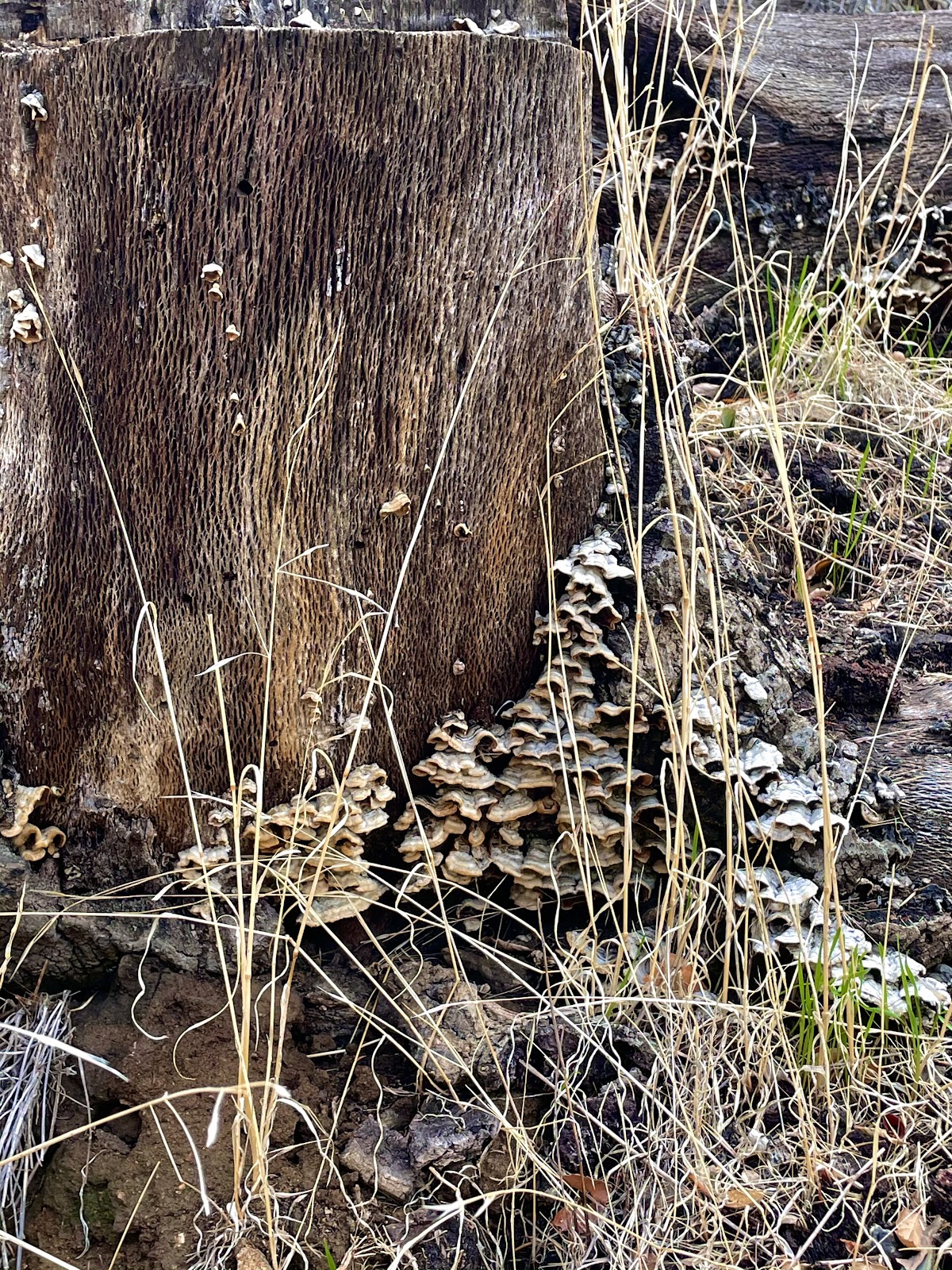 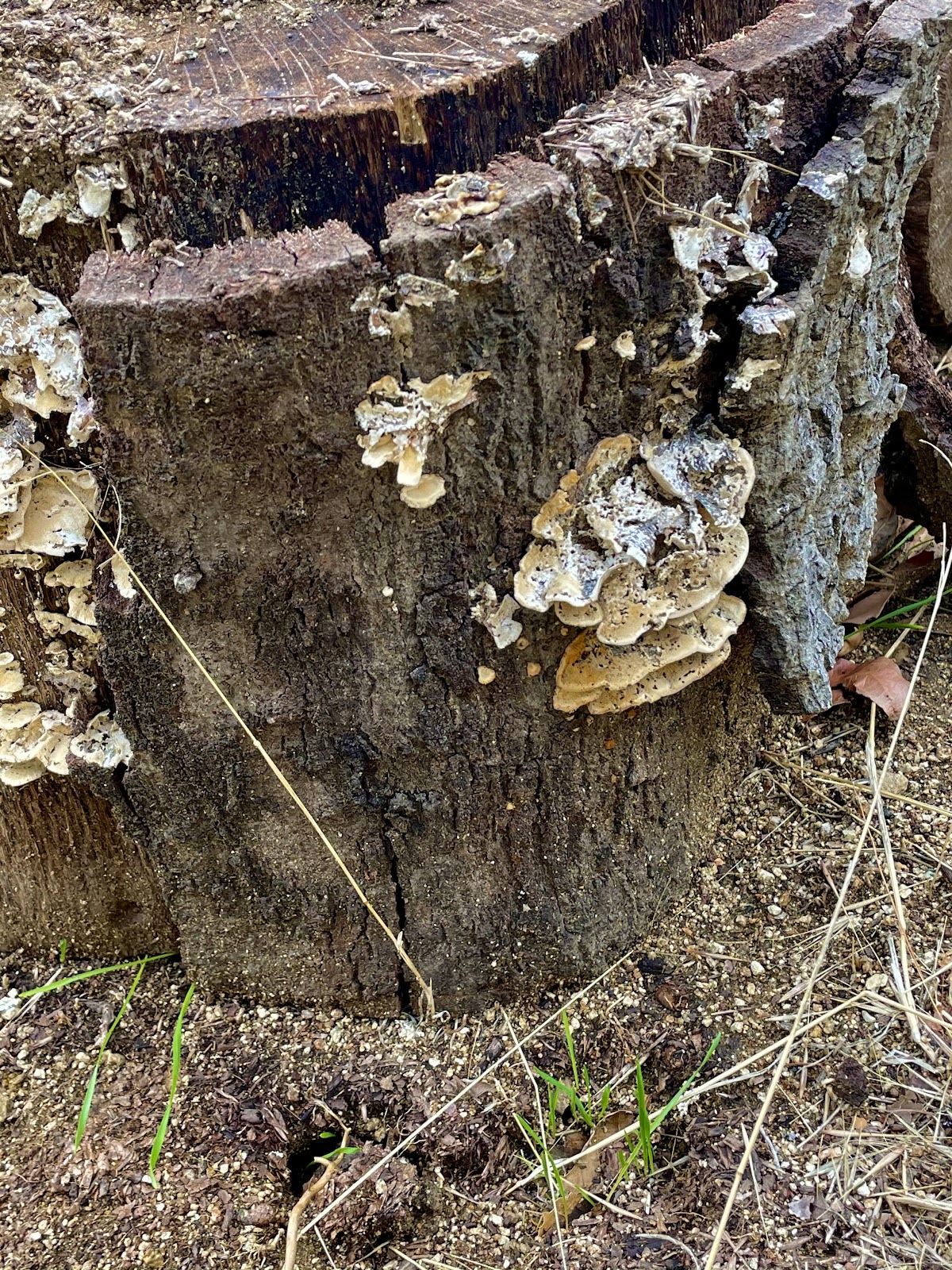 Through iNaturalist I identified the mushrooms as Trametes Betulina or Gilled Polypore. They fruit from early to late winter and are inedible for being too tough according to "The Fungi of California" Mykoweb website. As many polypore mushrooms, this species has a fan-shaped appearance. 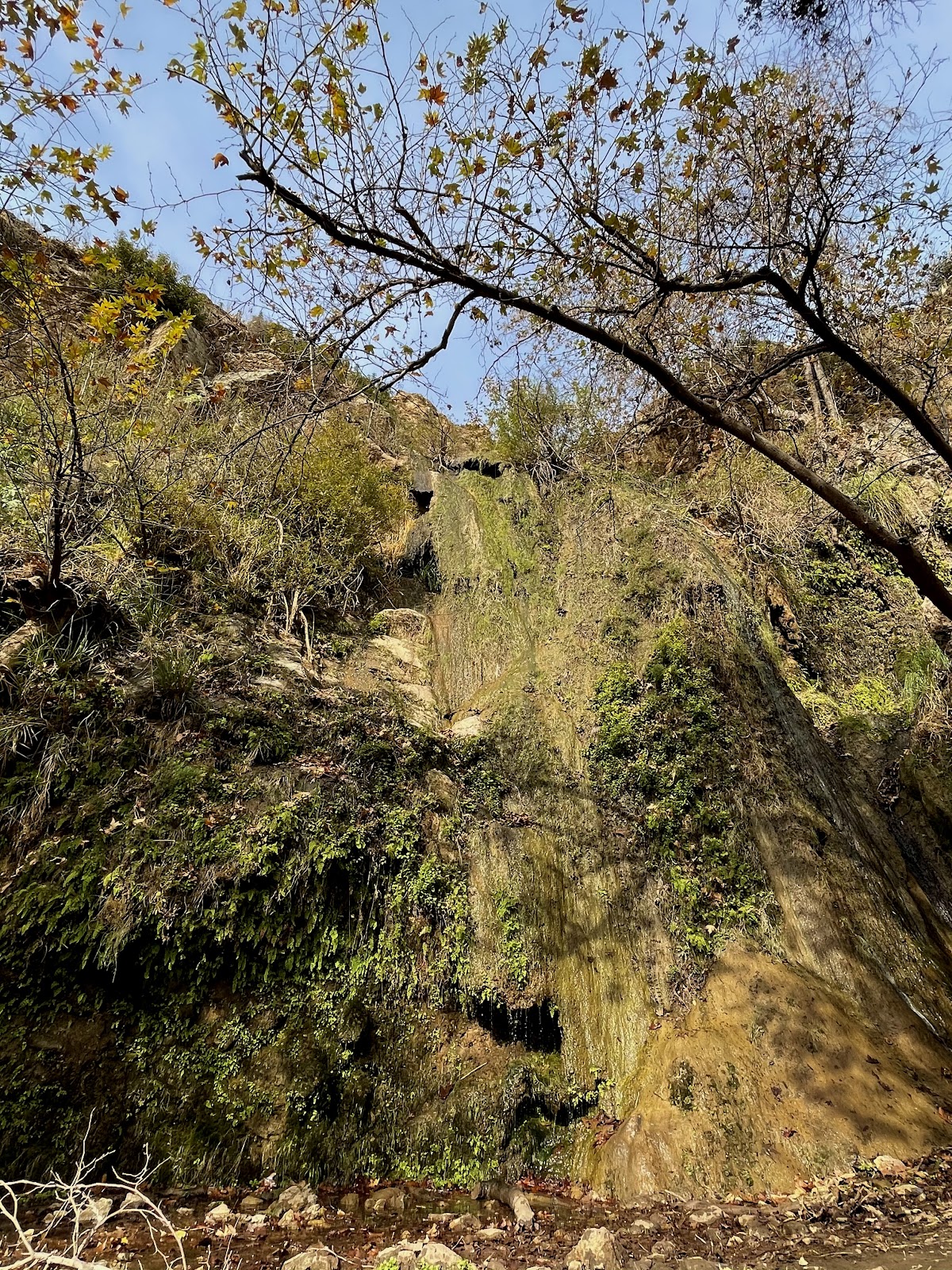 The following day I also hiked Escondido Falls in Malibu. It is located in the Santa Monica Mountains off the Pacific Coast Highway. The above photo is of the lower falls, but as shown the water level was very low with only a small trickle and flow into the stream. I attempted to hike to the upper falls, but the rock steep limestone was very loose and every step up hill would cause a small rock slide below. I wore the wrong shoes and the rock was not steady enough to climb up, so I decided to head back down and go to the upper falls a different day. A local mentioned that the rocks do not normally crumble underneath your step and it was an easier trek uphill in the past. I definitely want to go back and hike to the top upper falls when I'm more prepared and better equipped. 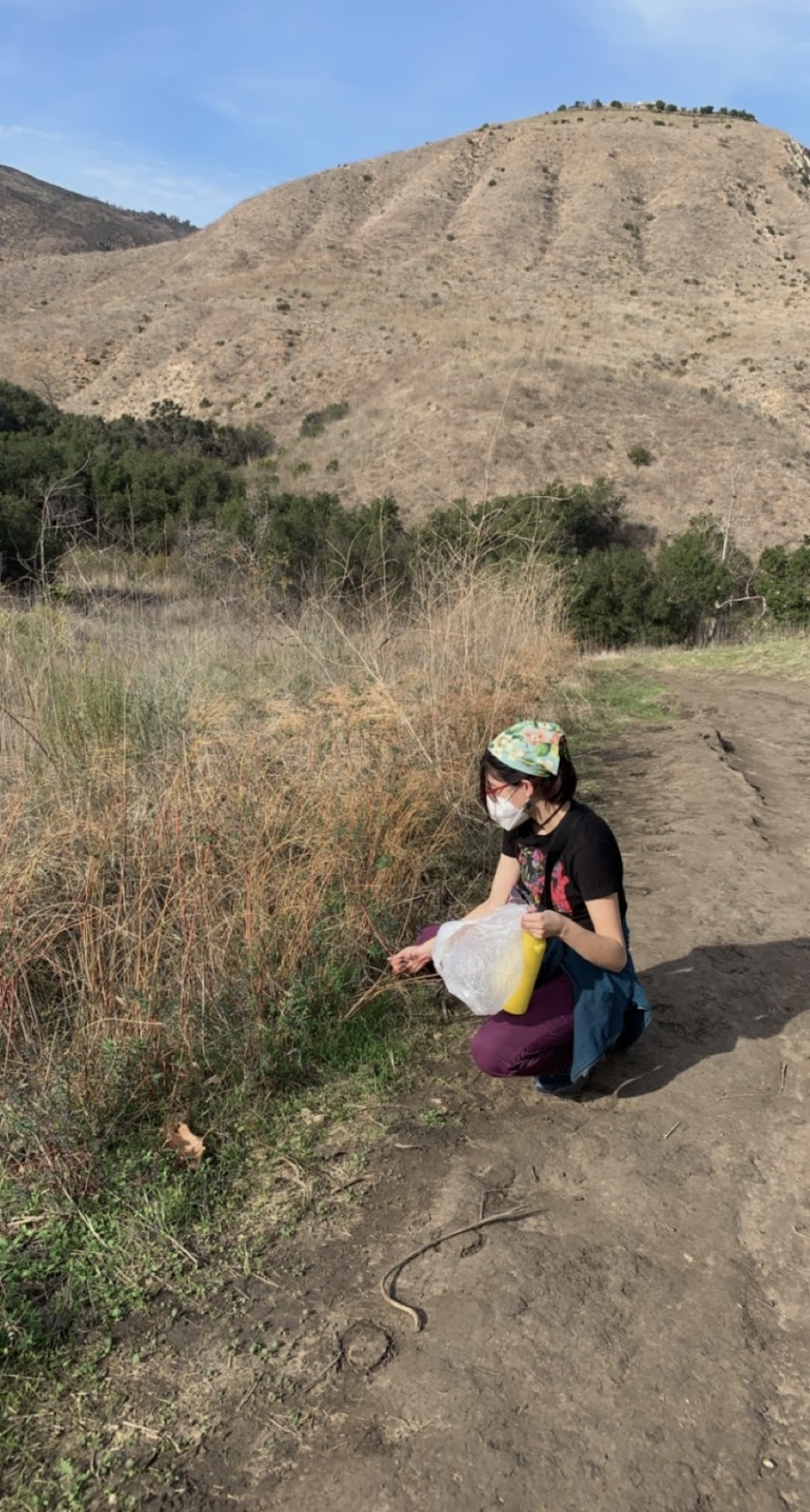 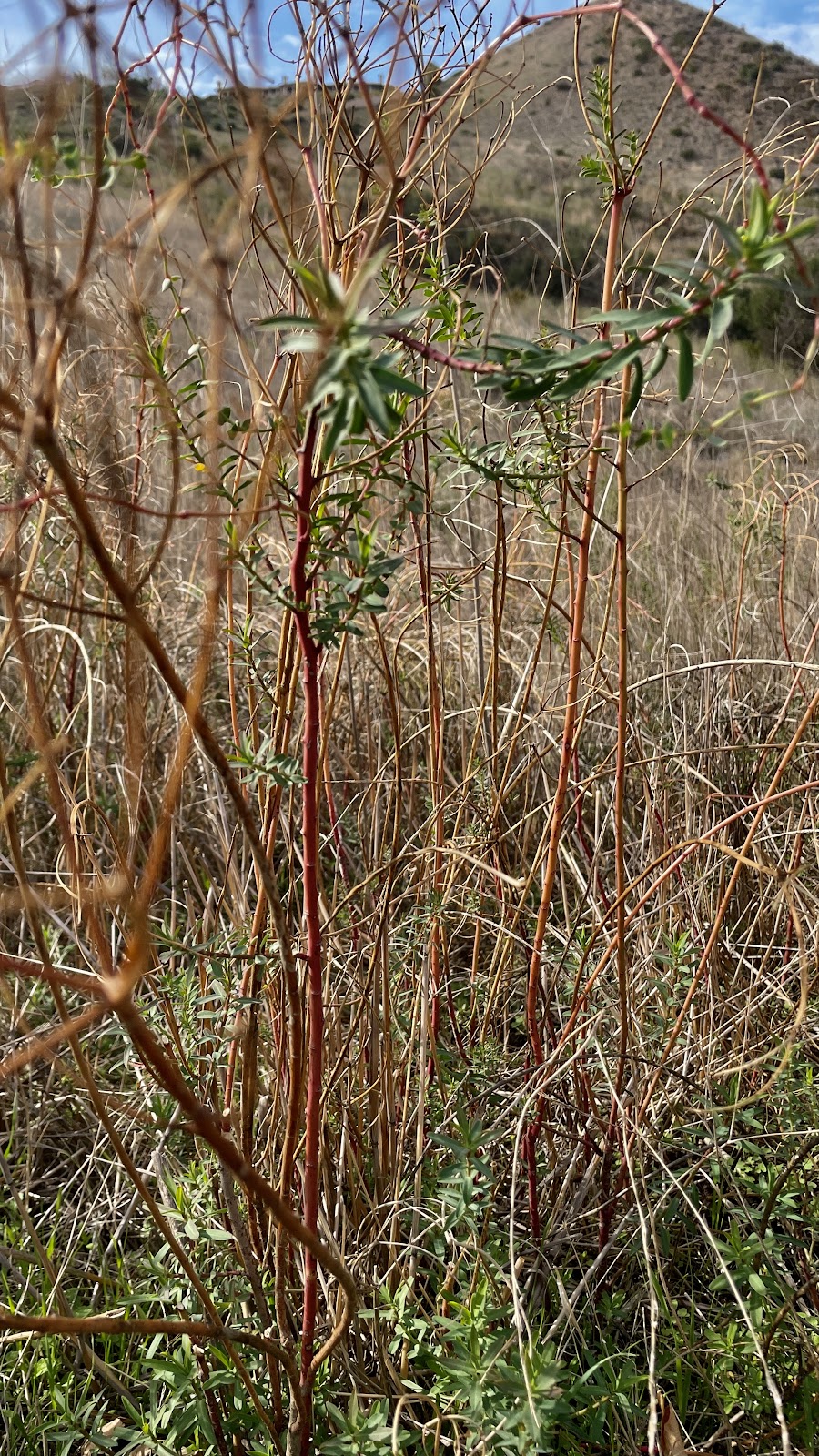 On the way back I collected invasive plant to use for the dye. I looked through the list of invasive California species ahead of time, but struggled to spot specific ones. I had no service on the hike and the app was not working right, so I couldn't identify the plant on the spot. I found this red stem plant on the side of the trail that was numerous and appeared to be a weed and invasive, so I collected a sample. The stem was surprisingly strong and hard to break off. 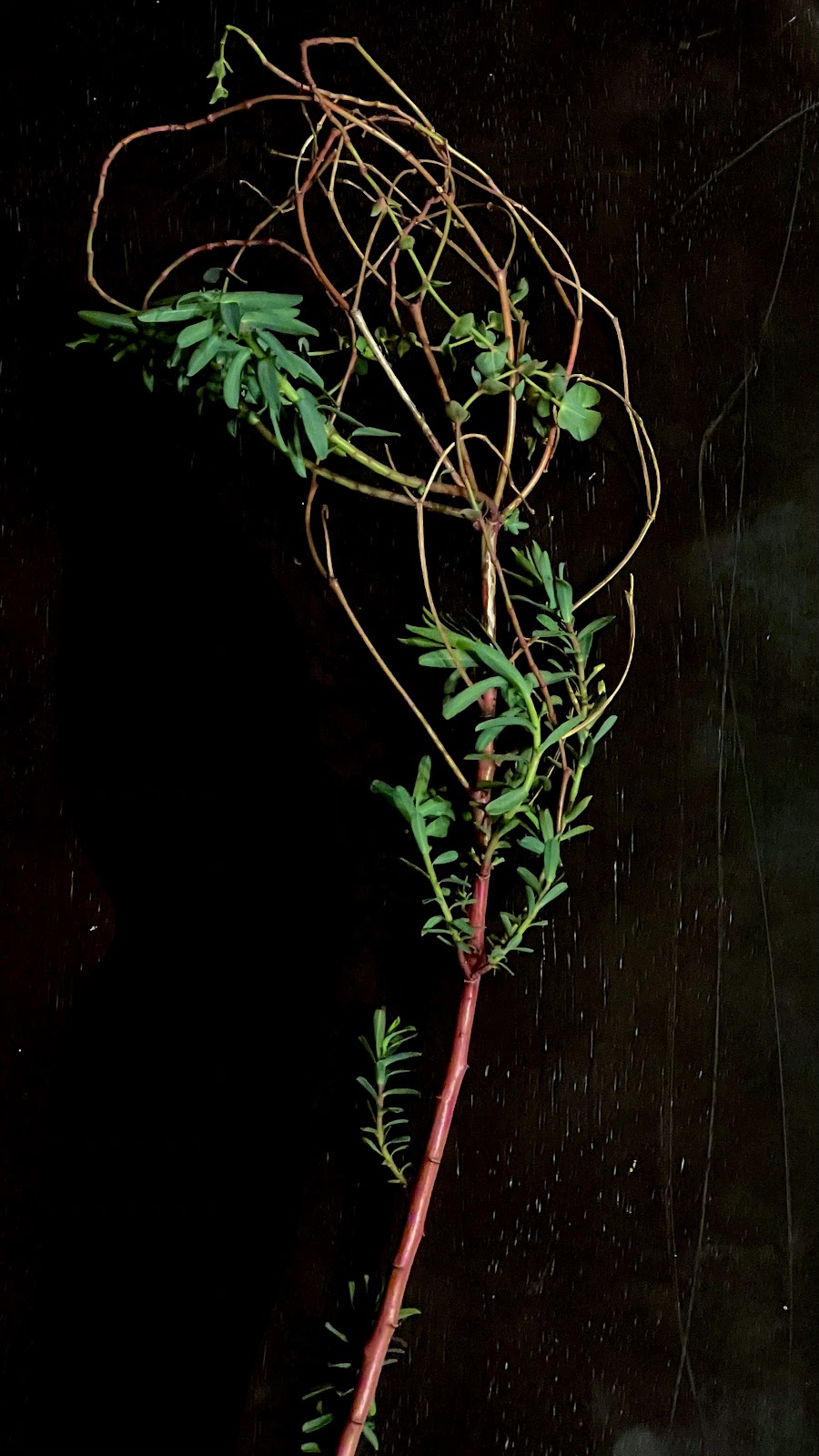 Once I got home I photographed the plant and attempted to identify it. The suggestions on iNaturalist did not add up, and it did not match any previous entries in the area. I then scrolled through a database of hundreds of California plants. The closest match I could find was Brush Seepweed also known as Suaeda Nigra or Mojave sea-blite. I looked again on iNaturalist and certain photos looked very similar, but not all of them. 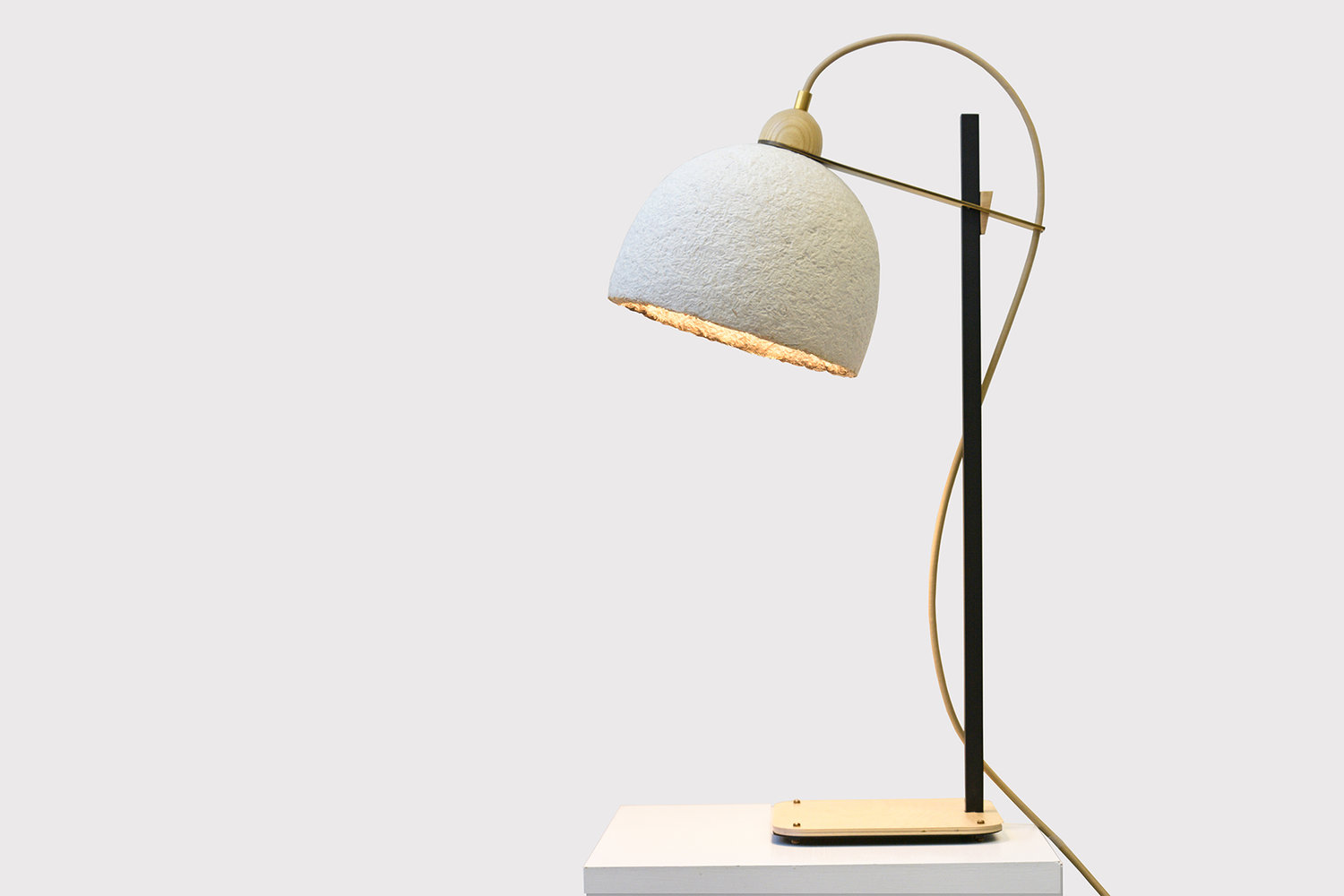 As for mycelium bio materials I explored artist Danielle Trof's work. The lamp above is a part of his MushLume Cup Light series and features lamp pendents made from mushroom based biomaterials. The ceiling in the below image is also made from the same mushroom material.